My new book “Game Development with Unity for .NET Developers” is ready for pre-order on Amazon! 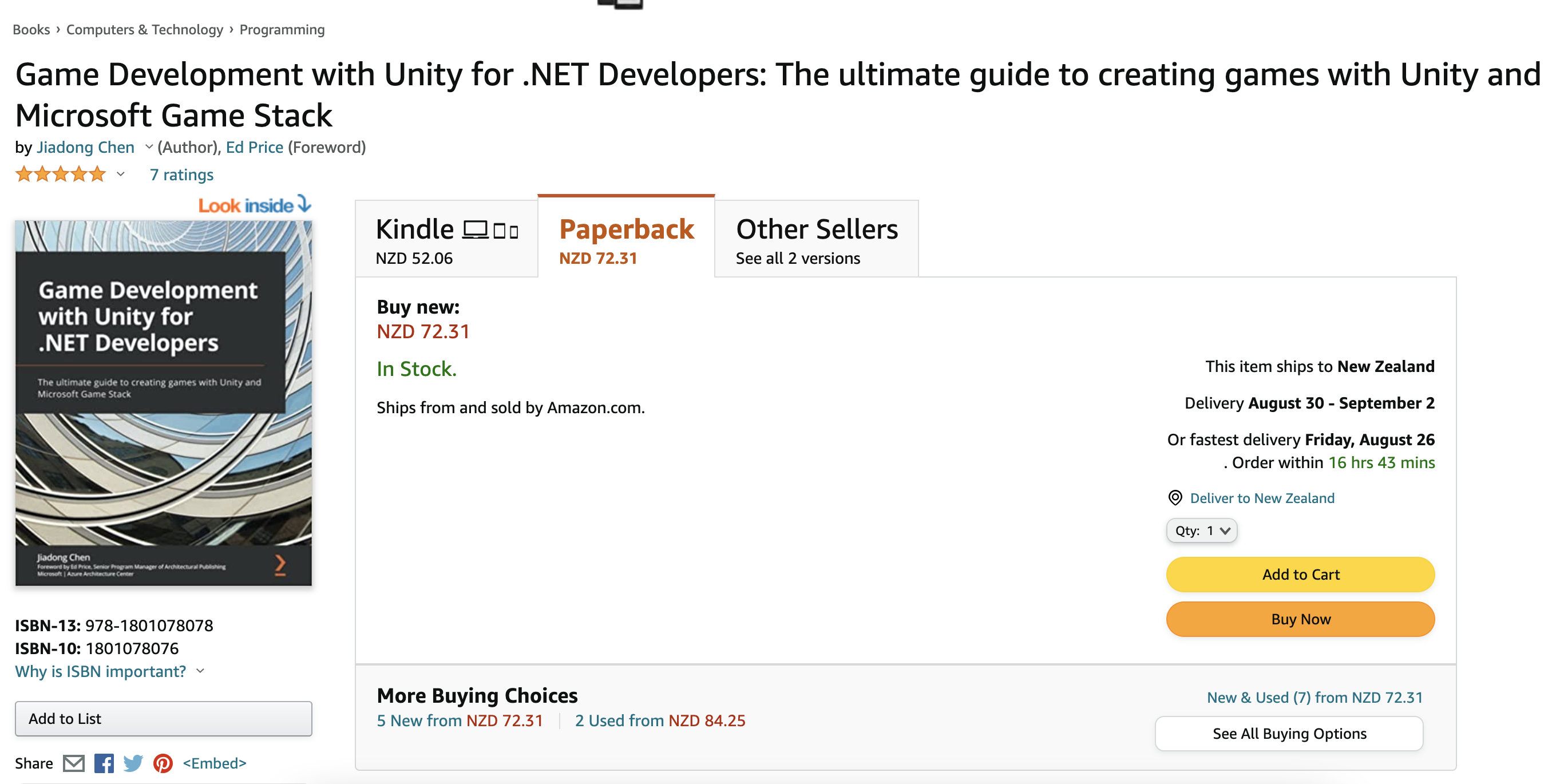 Hey friends, I am truly excited to announce that my new book is ready for pre-order on Amazon!

Game Development with Unity for .NET Developers: The ultimate guide to creating games with Unity and Microsoft Game Stack

Starting by understanding the fundamentals of the Unity game engine, you will gradually become familiar with the Unity Editor and the key concepts of writing Unity scripts in C#, which will get you ready to make your own game. Then, you’ll learn how to work with Unity’s built-in modules, such as the UI system, Animation system, Physics system, and how to integrate video and audio in your game to make your game more interesting. As you progress through the chapters, I’ll take you through advanced topics, such as the math involved in computer graphics, how to create post-processing effects in Unity with the new Scriptable Render Pipeline, how to use Unity’s C# Job System to implement multithreading, and how to use Unity’s Entity Component System (ECS) to write game logic code in a data-oriented way to improve game performance.

Along the way, you’ll also learn about the Microsoft Game Dev, the Azure cloud services, Azure PlayFab, and using the Unity3D PlayFab SDK to access the PlayFab API to save and load data from the cloud. By the end of this book, you’ll be familiar with the Unity game engine, have a high-level understanding of the Azure cloud, and be ready to develop your own games.

Game Development with Unity for .NET Developers: The ultimate guide to creating games with Unity and Microsoft Game Stack